J.J. (Rod Perry-TV’s “S.W.A.T.”) is a hustler with a conscience.  A small-time numbers runner who dabbles in prostitution, J.J. wants nothing to do with the drug trade, which he holds responsible for the continuing slavery of the Black man.

After a violent confrontation with mobster Tony Burton (Don Chastain) leaves a friend dead, J.J. becomes the ally of local numbers king Nate Williams (Jimmy Witherspoon), who teaches him how to dismantle Burton’s drug operation brick by brick.  But Burton’s got a secret weapon: Det. Joe Sterling (Duncan McLeod- Beyond the Valley of the Dolls), a crooked cop who’s got dirt on all the syndicates, is now Burton’s lap dog.  J.J. is in for the fight of his life…and for his life.

Written, produced and directed by John Evans, the Black Godfather did over $1,000,000 at U.S. theaters in 1974 and holds its place along side Shaft and Superfly as Blaxploitation classic. 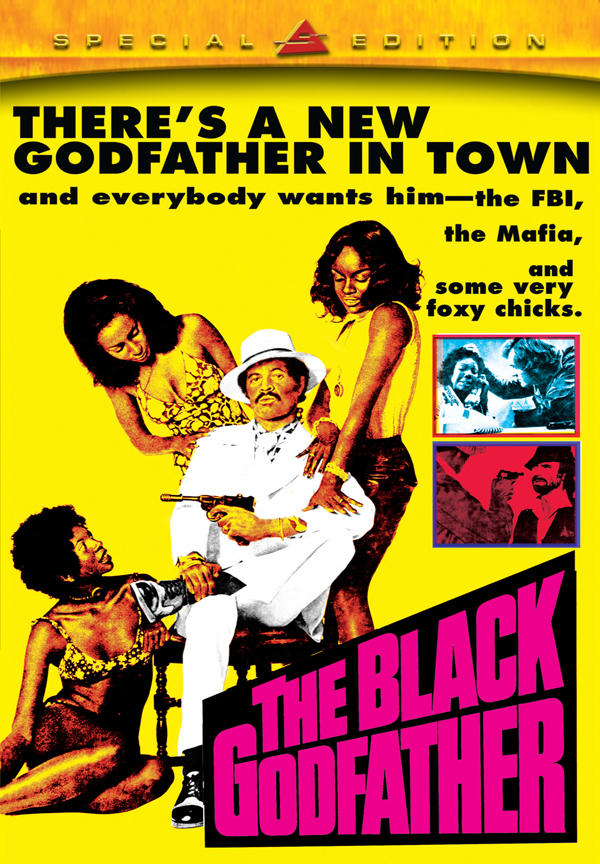