The Lynchpin of Bensonhurst follows fascinating the life and career of Gambino hitman, Dominick Montiglio.  Montiglio gives us the untold stories of his time as a Doo-Wop singer, Vietnam hero, and through his time in la cosa nostra as part of Roy DeMeo’s crew —a gang so violent that John Gotti himself said “they kill more people before breakfast than all the other crews do in a year”— and then into witness protection as the paranoia of the mob made it dangerous for Dom to stay, despite his loyalty.

This sometimes funny, sometimes gory, and always fascinating insider’s perspective comes directly from the charismatic Montiglio himself, along with interviews with FBI agents, NYPD detectives, Vietnam vets, and childhood friends, whom all played important roles in this fascinating life. 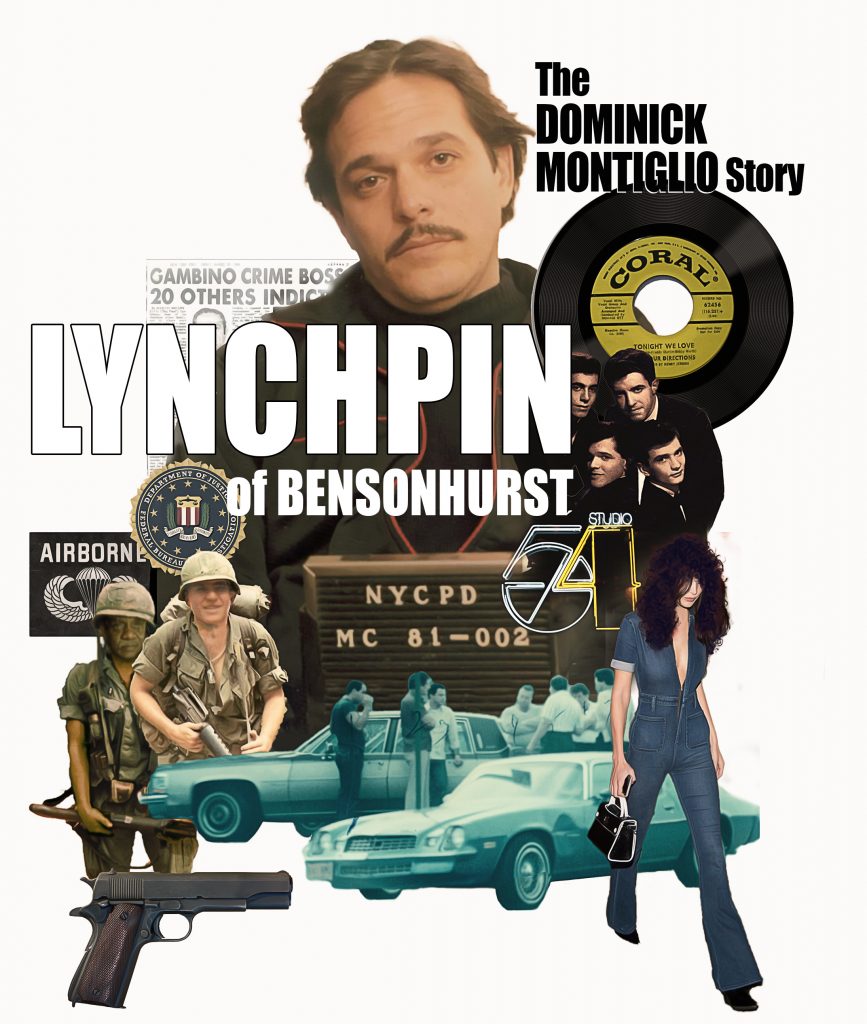