The legendary classic…the pillar of the blaxploitation genre….Rudy Ray Moore is DOLEMITE!

Sent to prison on a frame-up by some crooked cops and his arch rival, the notorious Willy Green, Dolemite is offered an early release if he can bring down Green and city leaders in his pocket who are terrorizing the city. Dolemite, Queen Bee and their beautiful All-Girl Army of Kung-Fu Killers take on the mob in one of the greatest midnight / cult films of all time.

Our DOLEMITE films are so beloved that the likes of Eddie Murphy, Keegan-Michael Key, Wesley Snipes, Chris Rock, Mike Epps, Craig Robinson, Tituss Burgess, Snoop Dogg, Lunelle, and Bob Odenkirk have joined with the team behind “People vs Larry Flynt” & “Ed Wood” to make a film about Rudy Ray Moore (a.k.a. Dolemite)’s making of “Dolemite” in 1974. 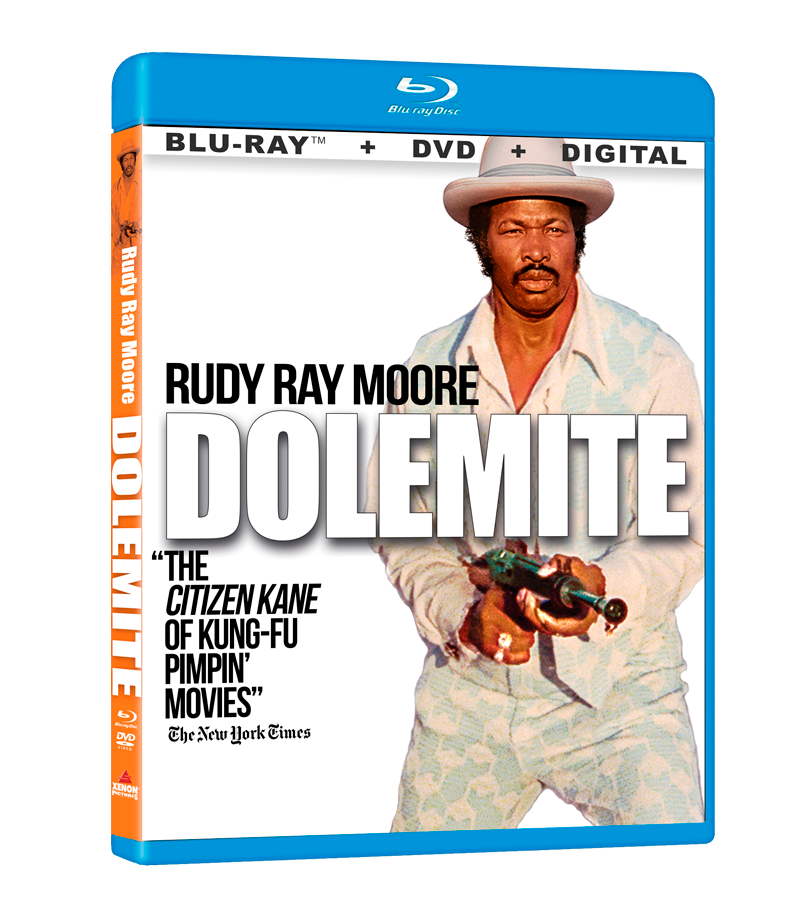