America the Beautiful uses the story of the rise and fall of a young model’s budding career to examine America’s obsession with youth and beauty and the damage that occurs when women try to live up to impossible standards of physical perfection.

The film chronicles the story of a twelve-year-old who suddenly finds herself “discovered” by fashion mavens such as Marc Jacobs and Tommy Hilfiger and becomes an overnight modeling sensation.  But as the fickle fashion world loses interest, the young girl irrationally begins to see herself as unattractive and fat.

Director Darryl Roberts takes us on a fiver-year journey to understand the uniquely American phenomenon of being conditioned to not like the way we look, and in doing so uncovers the ugly truth behind the fashion and beauty industries.

America the Beautiful has been embraced by film critics and festivals alike, though the most significant praise has come from the tremendous support the film has received from women’s groups and college campuses across the country. 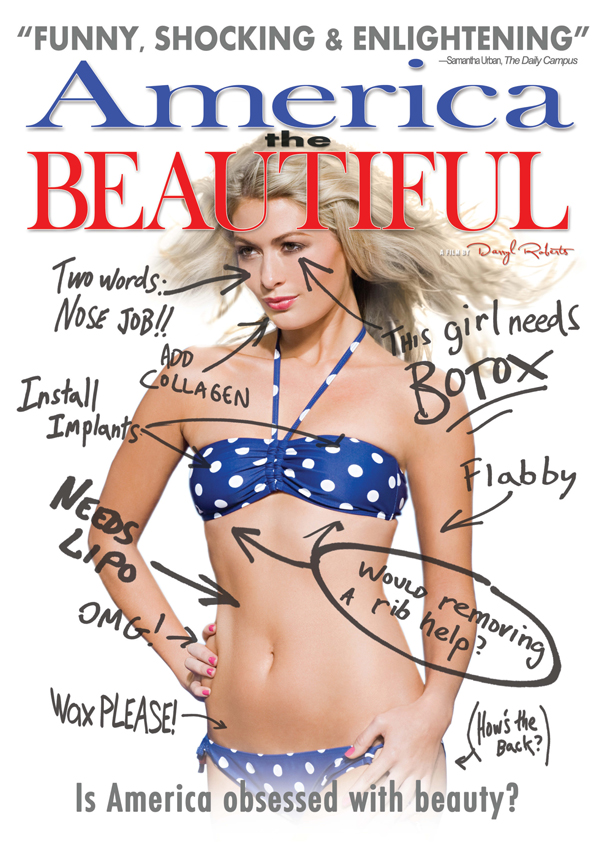