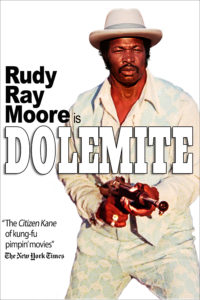 The legendary classic…the pillar of the ‘blaxploitation’ genre….Rudy Ray Moore is DOLEMITE!

Dolemite and his beautiful All-Girl-Army of Kung Fu Killers take on the corrupt city in this groundbreaking film whose influence is still being felt today.  The basis for Eddie Murphy’s “Dolemite is My Name”! 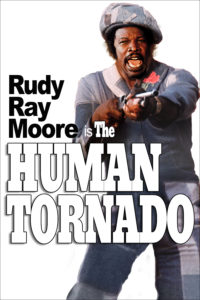 In this sequel to the smash hit Dolemite, Dolemite is on the run from a redneck sheriff who has caught him with his woman. Dolemite and his posse (including a young Ernie Hudson) dodge the sheriff and his bullets in a high-speed chase that takes them to LA. Upon Dolemite’s arrival, he learns that Queen Bee (Lady Reed) and her Kung Fu Girls have been pushed out of the night-club business by a ruthless competitor who ... Read more 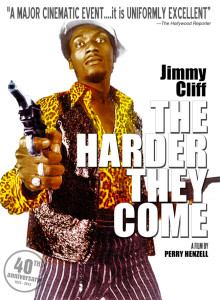 The Harder They Come

A film by PERRY HENZEL

This gritty, groundbreaking film tells the story of Ivanhoe Martin, an aspiring young singer-turned-outlaw, at war with both the law and his ganja trade rivals. His dream of stardom becomes reality as he rises to the top of the pop charts and the most-wanted lists.

“Once you’ve seen it, you’ll know what all the fuss is about”—Roger Ebert 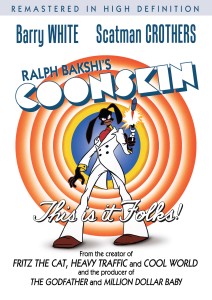 “The most incendiary work of the entire genre” – Quentin Tarantino

Starring Scatman Crothers, Phillip Michael Thomas, and soul legend Barry White. Originally reviled by activists (who had not seen the film), Coonskin has now been acknowledged by critics as the important masterpiece that it is. Rap superstars The Wu Tang Clan have expressed their love for the film, and want to produce a remake. 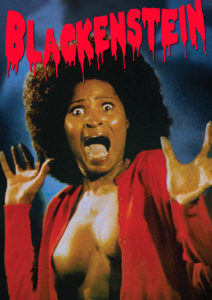 Referenced in Eddie Murphy's "Dolemite is My Name"!

Directed by: William A. Levey

Eddie, a Vietnam vet who has lost his arms and legs, is restored by DNA expert Dr. Stein. But the results turn monstrous when a rival for Eddie’s fiancée gives him the wrong medication. 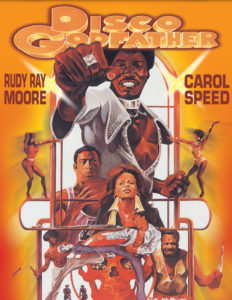 Rudy Ray Moore’s fourth in a series of cult favorites finds him playing an ex-cop called back into action to stop an angel dust producer. 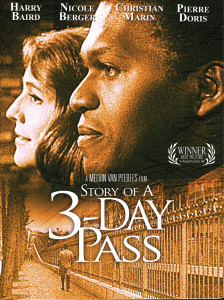 Story of a 3-Day Pass

An African American soldier stationed in Europe encounters racism from his superiors following his idyllic 3-day affair with a young French woman. Directed by Melvin Van Peebles, it is the first major film by a black director to be released in the U.S. 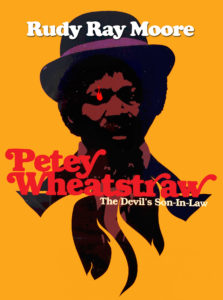 One of the classic films from Dolemite himself – Rudy Ray Moore! Gunned down by the mob, a comedian is given a second chance at life if he will marry the Devil’s hideous daughter. 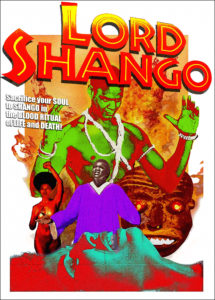 In this horror film, black African Christians confront the traditional religion of their peers when a Yoruban priest is drowned after attempting to stop the Christian baptism of a young girl and her mother. Trouble ensues when the priest comes back to life.

This came out of nowhere and hit me like a ton of bricks…. extremely well constructed …. I can’t recommend it enough! – Chris Kirby, Letterboxd 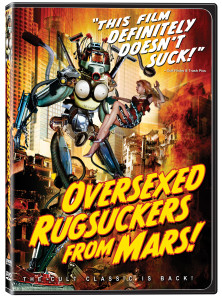 Must be seen to be believed

Tiny Martians use Earth as a laboratory to try out new life forms. They return after ten million years only to find that the human experiment is a complete failure. They decide to mate a human with a vacuum cleaner to create a species that will be better at cleaning up after itself, but a programming error by a drunken Martian sends the oversexed cleaner on a wild rampage of rape, murder and overall bad manners. 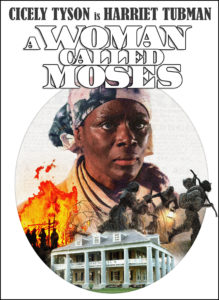 This sprawling miniseries tells the true story of Harriet Tubman, a founder of the underground railroad, who led hundreds of slaves to freedom in the North before the Civil War.

“One of the most moving evocations of the Black Experience”-Newsweek 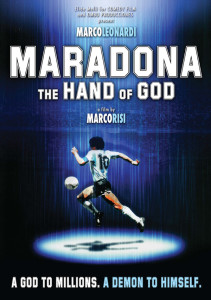 The explosive story of the greatest player in the history of soccer.

Maradona: The Hand of God

The story of Argentine soccer star Diego Maradona, considered the greatest player in the history of the sport. The film explores his impoverished childhood, his rise from teenage celebrity to international idol, his drug abuse problems and frequent run-ins with the law, and his controversial “hand of God” goal.

Drafts with “Straight Outta Compton” and “All Eyez on Me” 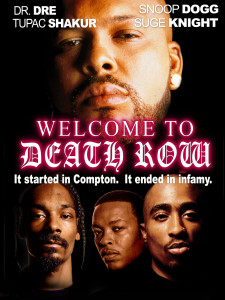 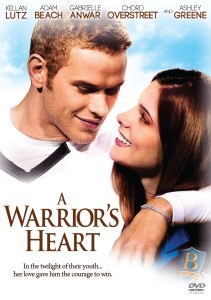 Twilight’s Kellan Lutz and Ashley Greene re-team in this story of young love and the values that can be learned through a shared passion. Also starring Chord Overstreet of “Glee”. 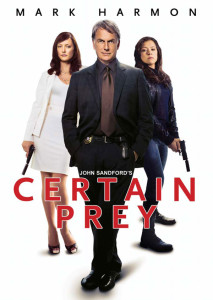 Television superstar Mark Harmon stars as Lucas Davenport, hero/anti-hero of John Sandford’s bestselling “Prey” series. When a cop is shot after witnessing the murder of the wife of a local real estate lawyer, Lucas Davenport is called to the scene. The police quickly zero in on the husband as the prime suspect until a team of FBI agents descends on Minneapolis with evidence linking the crime to an elusive hit woman. 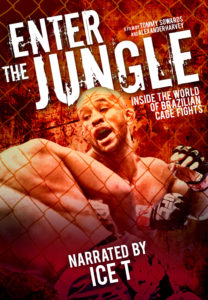 The Gracie Killer and his Favella Fighters - Narrated by ICE-T 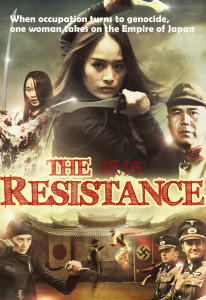 During the infamous occupation of China  at the outset of WW2, Japanese atrocities have gone too far.  In response a Chinese peasant girl forms a band of assassins to take on the Imperial Army and their brutal Nazi allies. 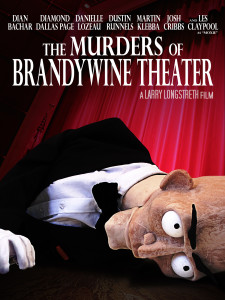 The Murders of Brandywine Theater

A small town loser and ventriloquist finally finds the courage he’s lacked all his life when his dummy (voiced by Les Claypool of Primus), starts speaking up for him…with grave consequences for those that had pushed him around.

“The Murders of Brandywine Theater” is a complex, and very unique horror film that isn’t just eerie, but it’s also damn spooky to boot.” -Cinema-Crazed.com 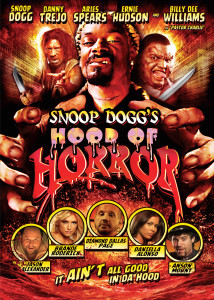 Welcome to the Hood of Horror, a place where your actions in this life determine your ultimate fate. Follow Snoop Dogg through three terrifying tales from this nefarious neighborhood, whose depraved denizens can all look forward to a very unpleasant eternity. 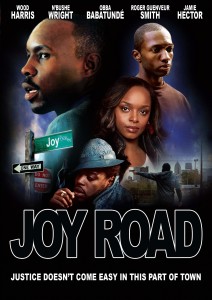 A burned out lawyer looking for a new direction in life has to put his plans on hold when his sister asks him to defend her fiancé, a gang kingpin who is under arrest for a triple murder that he says he didn’t commit. Suddenly the feds and a shadowy corporation get involved, along with a private investigator who seems to be working all sides. 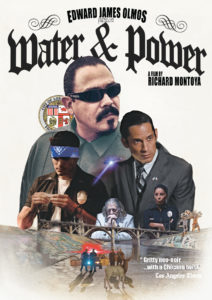 a film by RICHARD MONTOYA

Edward James Olmos presents the story of two brothers whose rise to power in their respective areas of politics and law enforcement has left them entangled in LA’s notorious corruption. Told in the classic noir style with a Chicano twist.

Stars Emilio Rivera of “Sons of Anarchy” and this season’s “MAYANS M.C” 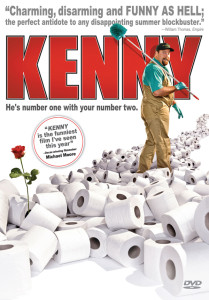 This hilarious mockumentary film follows the numerous misadventures of a porta-john worker through both his personal and professional life, including an oddly glamorous excursion to the Pumper & Cleaner Expo in Nashville, TN.