A Day Without A Mexican

The California Dream becomes a hilarious nightmare when the Golden State’s entire Latin American population mysteriously vanishes.  For most, “the disappearance” forces the cracks in their private lives wide open, including TV news reporter Lila Rodriguez (Yareli Arizmendi- Like Water for Choclate), the state’s last remaining Hispanic, and Senator Steven Abercrombie III (John Getz – The Fly, Curly Sue), who becomes governor pro tem despite his anti-immigrant stance.   In the ensuing panic, dubious experts pose some colorful theories: IT’s an alien abduction; an act of bio-terrorism; “The Rapture” has begun and Latinos are God’s chosen.

Confusion, misunderstandings and humorous situations abound, making A DAY WITHOUT A MEXICAN a comedic satire and a modern fable with a very current message.  This sleeper hit, which features the final film appearance of Mexican heart-throb Eduardo Palomo, delighted and inspired both English- and Spanish-speaking audiences during its theatrical run, and will continue to do so for years to come. 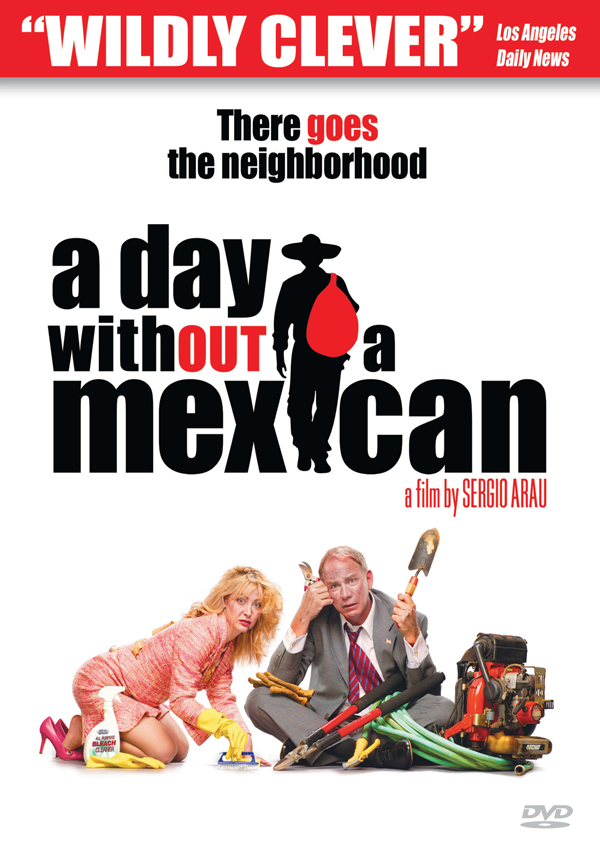